Ready for the Big Leagues? Ask a Career Coach

Q. You know of several high-level professionals who have used a career coach. What are some reasons that you or others might do the same? 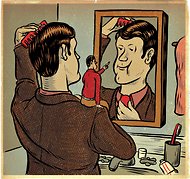 A. Professionals enlist coaches to accelerate their careers, getting help with things like making decisions, cultivating a presence and achieving self-awareness. Coaches can provide honest, unfiltered feedback, which is hard to find at the highest levels of an organization, says Joseph R. Weintraub, a psychologist and director of the Coaching for Leadership and Teamwork Program at Babson College in Wellesley, Mass.

Through conversations with direct reports, peers, customers and managers, coaches seek to gain a realistic picture of the client. “People who give this feedback to the coach are often not willing or able to give it directly to the executive,” says Mr. Weintraub, co-author with James M. Hunt of “The Coaching Manager: Developing Top Talent in Business.”
For midlevel professionals, a coach can help identify what needs to be done to reach the executive level. Coaches also focus on interpersonal skills, helping people communicate and network more effectively, says Todd Dewett, a leadership development coach and management professor at Wright State University in Dayton, Ohio.
People benefit most from coaches if they are open to change, says Mr. Dewett, adding that the best candidates are often those who have already been working on their own to improve.
Q. Many people claim to be coaches, and there are a variety of certifications. What should you look for when hiring?
A. Unlike a psychologist or psychotherapist, a coach does not need to take a test or obtain a license, so beware. Patti Johnson, chief executive of PeopleResults, a coaching and human resources consulting firm in Irving, Tex., says that checking with an organization like the International Coach Federation, which independently certifies coaches, is one place to start. But she says the best way to find a talented coach is through a referral.
Chemistry and comfort level are important, so interview potential coaches and meet face to face. Before working together, you and your coach should be clear about what is confidential and what will be shared with your manager.
Mr. Dewett warns against coaches who guarantee results. “A coach can help you if you’re open to it, but they shouldn’t guarantee anything,” he says.
Q. What will this cost, and who pays — you or your company?
A. The company often pays for coaching at senior or executive levels, and it can be quite expensive. Mr. Weintraub says it isn’t unusual for six months of executive coaching to cost $30,000 or $40,000.
Paying out of your own pocket can cost several hundred dollars an hour. According to the International Coach Federation, the global average cost for an hour with an executive coach is $320; for all types of business-focused coaching, the average is $280. It may be worth it, though, if you are thinking about significantly changing your role in the company or leaving to do something else, Mr. Weintraub says.
Q. What typically happens during a coaching session?
A. Generally, the coach asks a lot of questions, says Glo Harris, an executive coach with a background in psychotherapy who is based in Oakland, Calif. “I ask my clients what brought them to coaching, what brings them the most pleasure at work, what keeps them up at night,” she says.
This type of coaching is fairly common with senior and midlevel executives, who reflect on the questions and often come up with their own solutions, Mr. Weintraub says.
Meetings between coach and client are commonly scheduled twice a month. A client may use the time to set both long- and short-term goals. “I might say to a client: ‘For this month or for our next session, what do you want to do to move forward in this area?’ ” Ms. Johnson says.
Coaches may receive calls on the fly from clients who may need a momentary confidence booster or a question answered, says Ms. Harris, like “I’m walking into a meeting — can you help me with my opening line?”
Q. What concrete results can coaching accomplish?
A. Typically, coaching changes behavior, and that affects what you achieve professionally, Ms. Johnson says.
As Ms. Harris puts it, “I coach ambitious people, and through coaching they increase their influence and value within the organization.”
Not everyone’s goal, however, is to get to the C-suite: “A lot of the executives I coach,” she says, “just want to do their jobs better and be happier.”